Elliott Murphy's new album Notes From The Underground is now available in the store at elliottmurphy.com. It's also available at iTunes:
http://phobos.apple.com/WebObjects/MZStore.woa/wa/viewAlbum?i=273771792&id=273771776& s=143441

Remember though, this is just a small portion of the Elliott Murphy CDs and LPs available. You can find a much larger collection at the "Official"…  [+] Más...
http://www.elliottmurphy.com/store.html 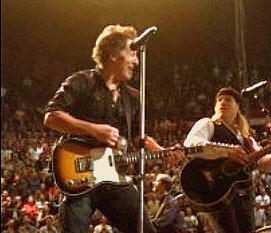 ELLIOTT AND BRUCE DANCING IN THE DARK...IN PARIS!

In what has become a tradition for over 15 years Bruce Springsteen once again invited Elliott Murphy on stage with him and the E Street Band while playing at Bercy Palaisport Arena in Paris. A very enthusiastic crowd of nearly 20,000 people greeted Elliott as he walked on stage and Bruce and the band ripped into an incredible version of "Dancing In The Dark". Elliott's comment: "It…  [+] Más... 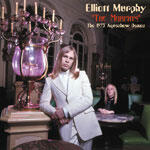 "THE MURPHYS - THE 1973 AQUASHOW DEMOS" ON A LIMITED VINYL EDITION

Elliott Murphy and Red Lounge Records announce the release of "The Murphys - The 1973 Aquashow Demos" on a limited Vinyl edition.
The album features a stunning photo from the original Aquashow sessions taken at the Plaza Hotel in New York City and consists of the very high quality demos that Elliott Murphy, Matthew Murphy and friend George Gates recorded before the final Aquashow sessions. The recordings are unique in that they feature Elliott playing lead and rhythm Electric Guitar, Matthew on Fender Bass and George on occa…  [+] Más...